Battle Of The Saturday

Here are some pics of the latest battle of Black Powder we had at our gaming club. I commanded the french, as usual, and a fellow gamer, Geraldo, got to lead the british and their allies.
On the top of the pic bellow are my forces, on the bottom, the despicable british. 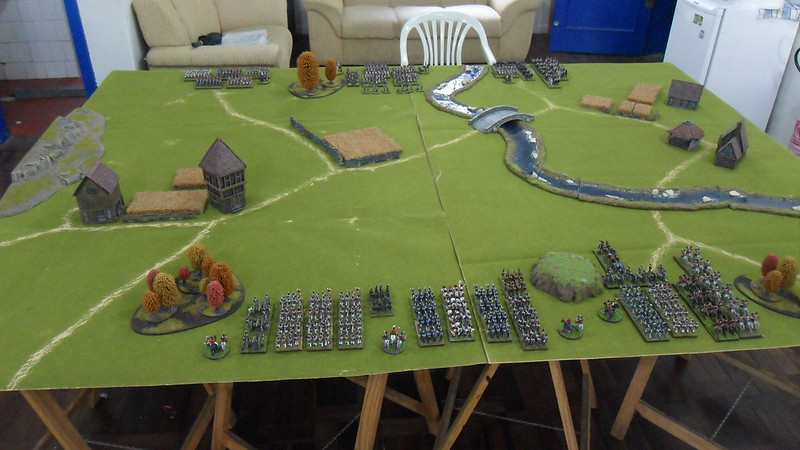 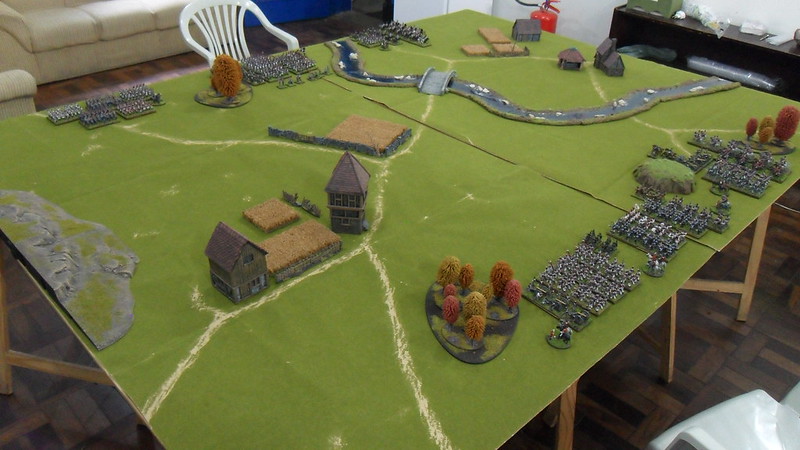 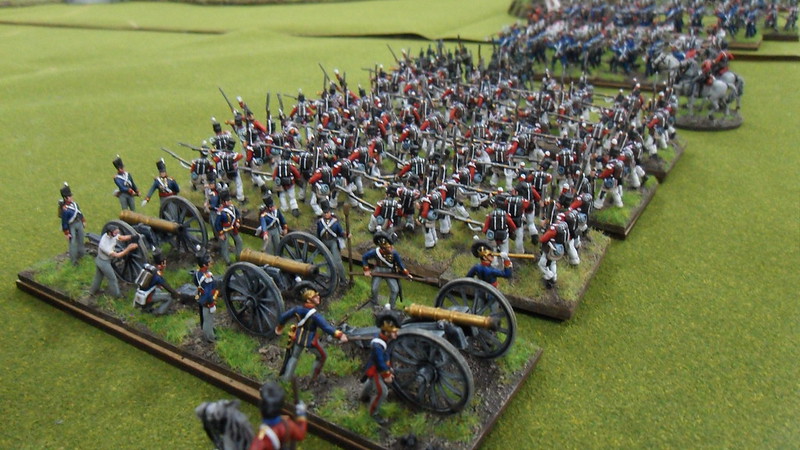 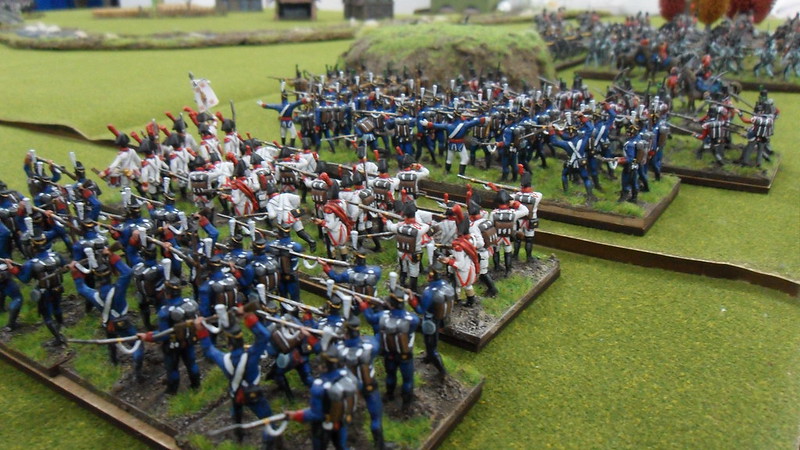 Some portuguese and spanish at the sevice of the english 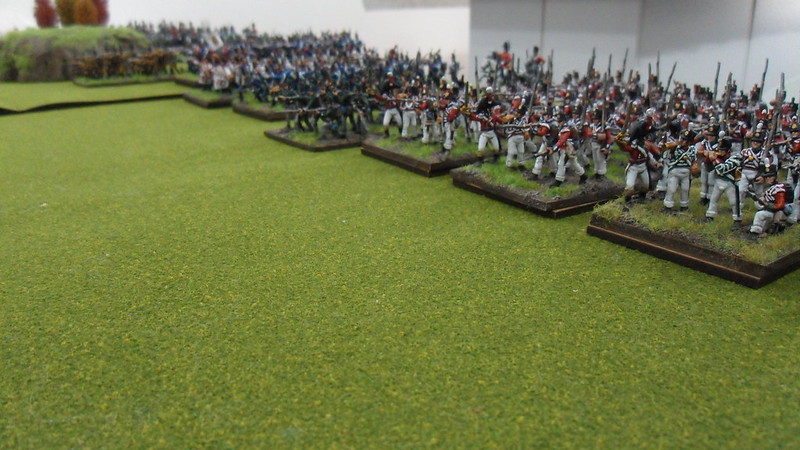 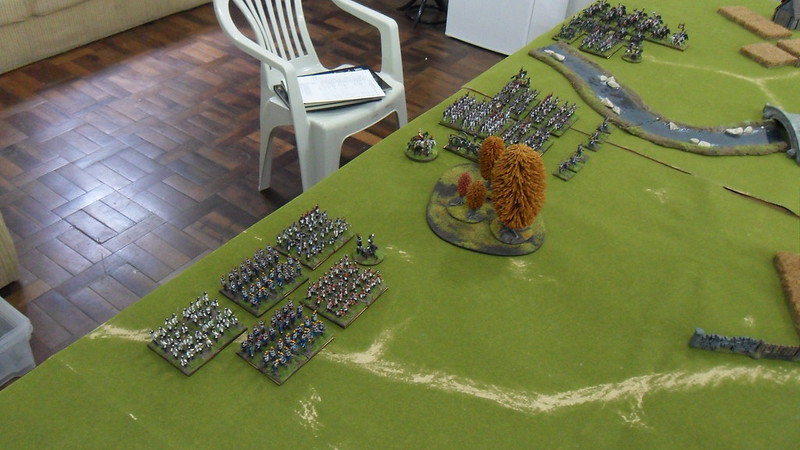 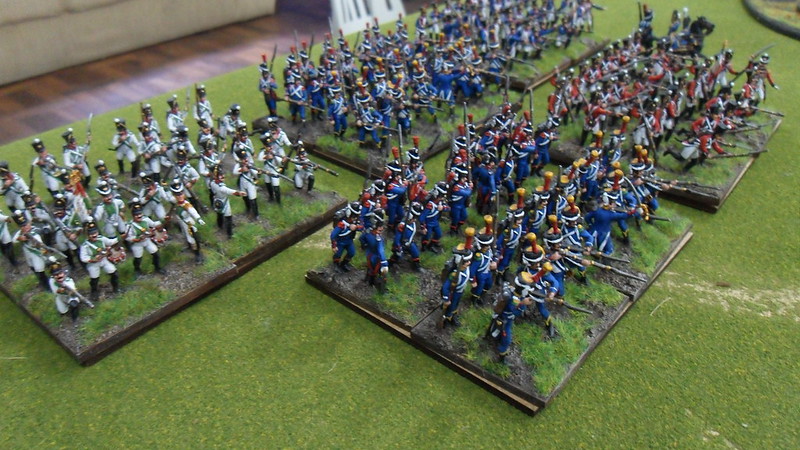 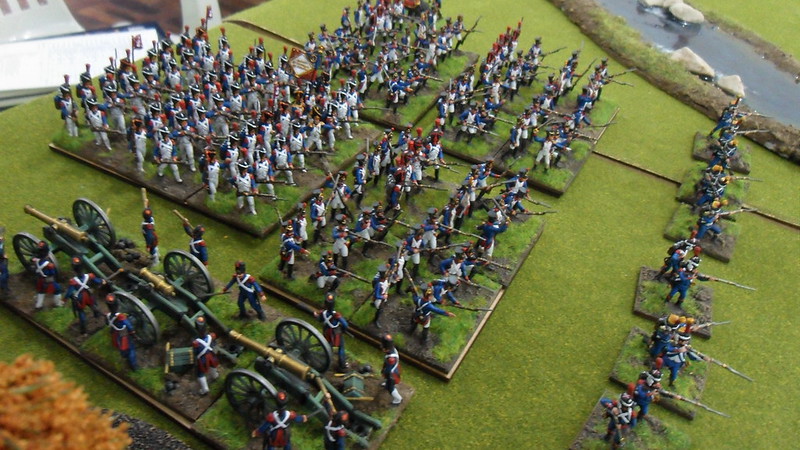 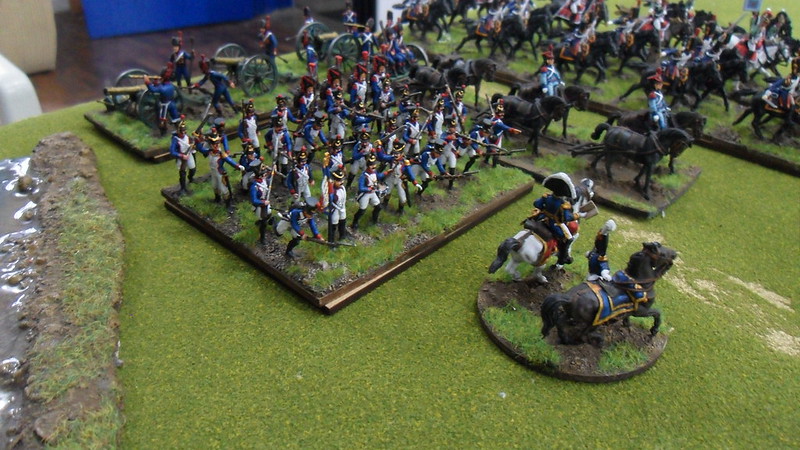 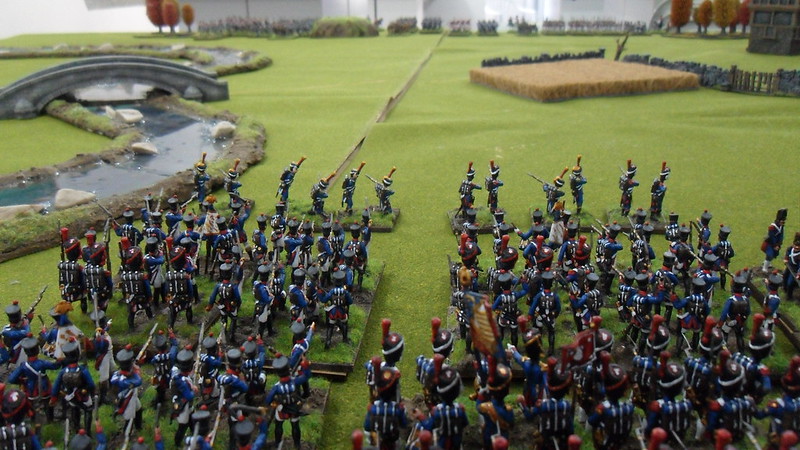 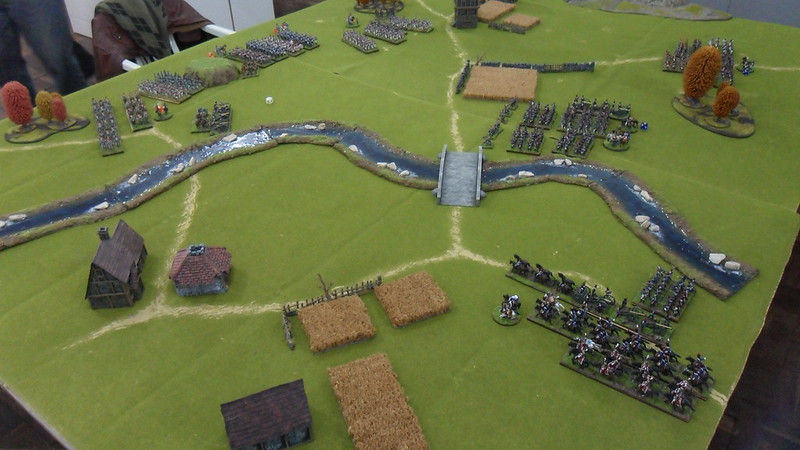 As I had an entire brigade on the opposite side of the river, my first movements were directed to secure a bridge head, by advancing my centre brigade, and pushing my regiments of horses forward. 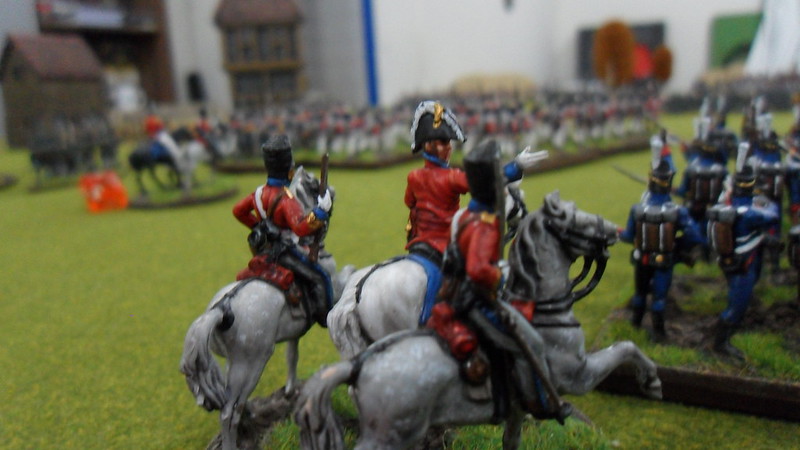 Wellington observes the enemy's movement and dispatches his orders 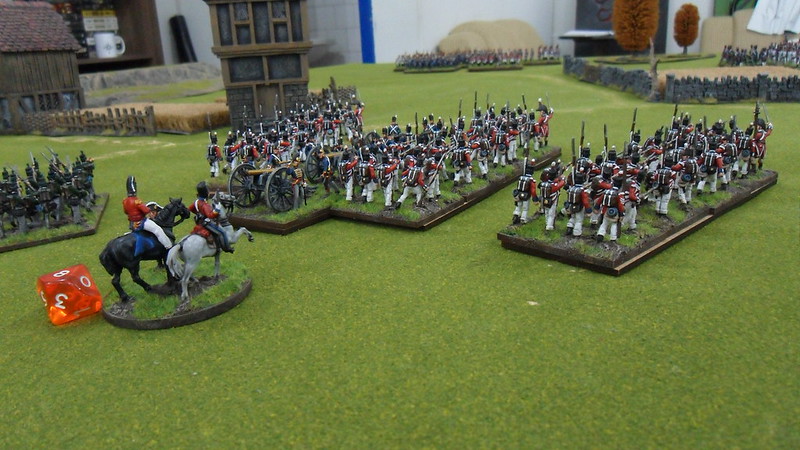 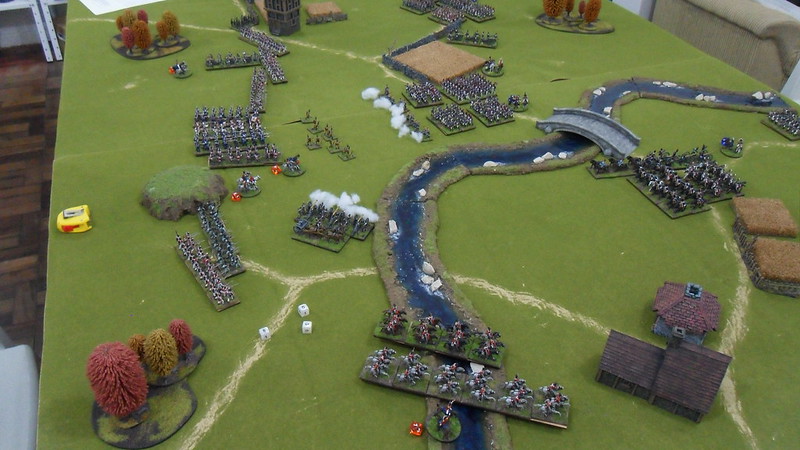 The centre of the french forces were lead by the Emperor himself, and kept advancing at fast pace on their ominous attack columns, screened by their skirmishers. 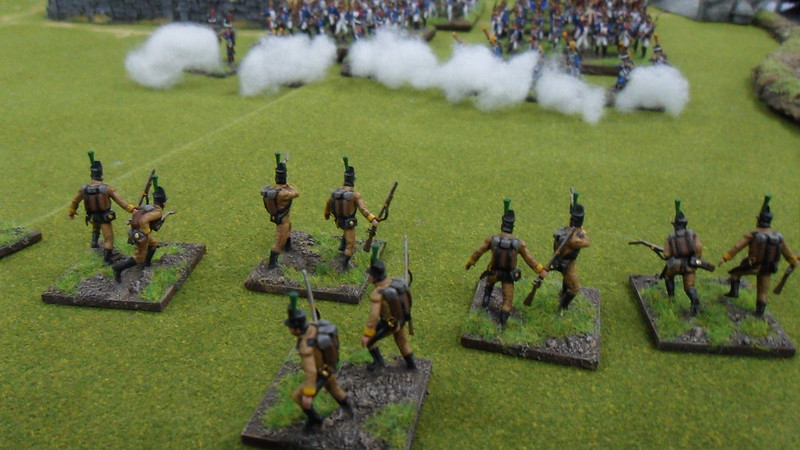 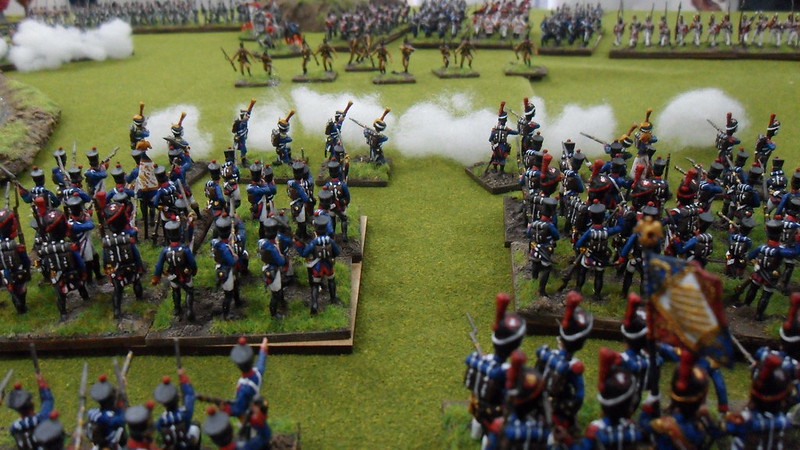 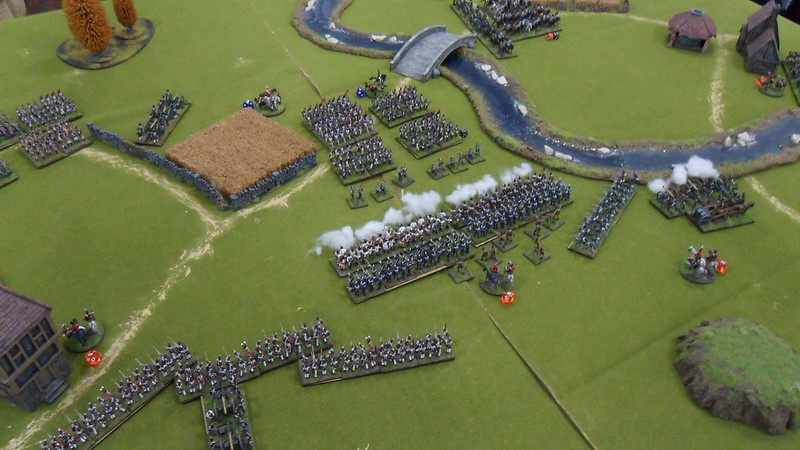 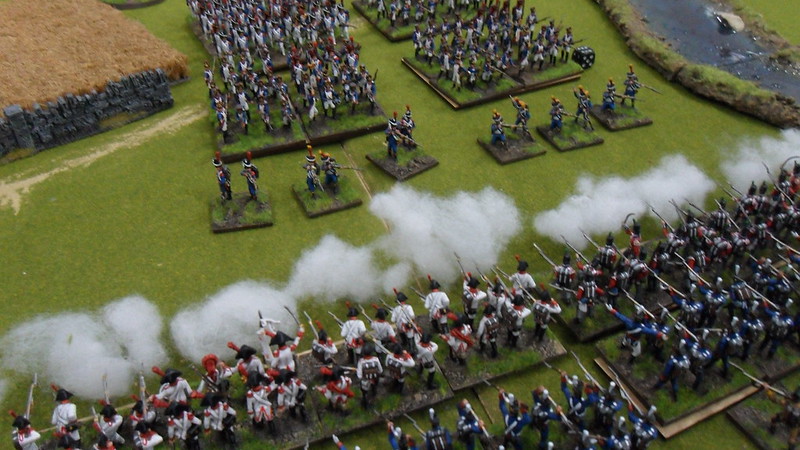 The british lines open fire at the advancing french columns 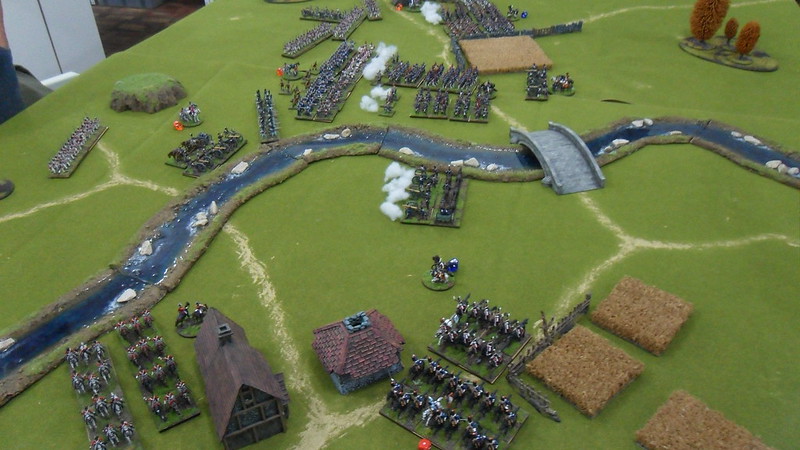 The british horses cross the river to face the french cavalry, but are caught by it while disorded. The Scot greys received a charge by the Grenadiers à Cheval while in attack column, and should had been smashed to oblivion, had we remembered to apply the -2 to their Morale saves! (we only remembered to reduce their attacking dice...). 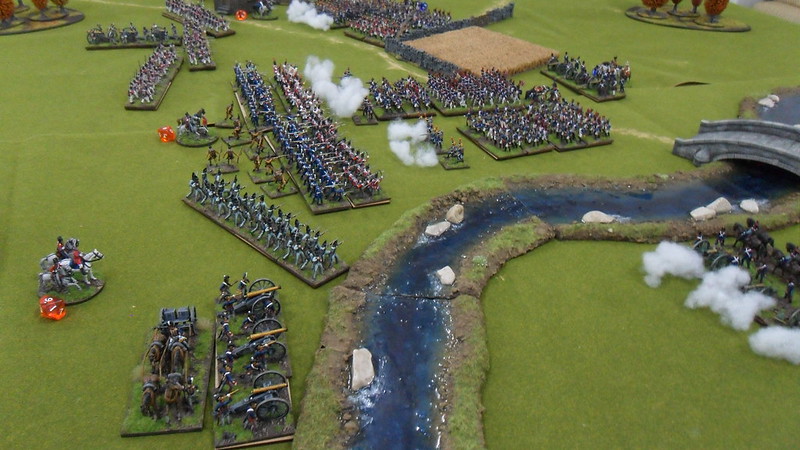 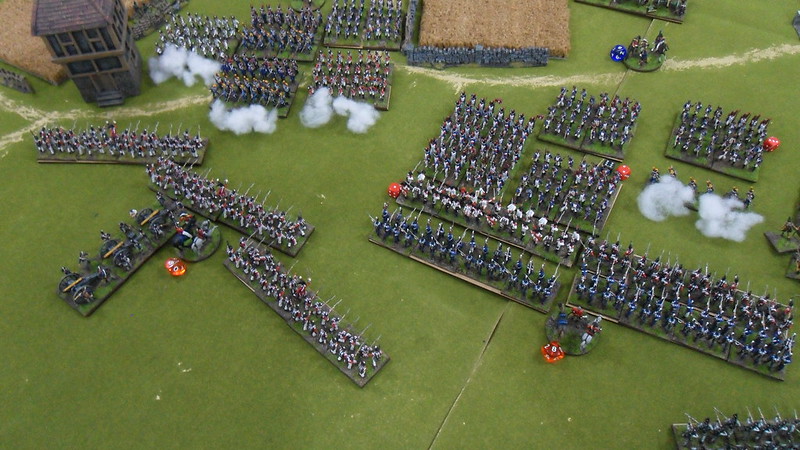 The french centre brigade finally makes contact with the enemy, a regiment of spanish, which are soon put to run! 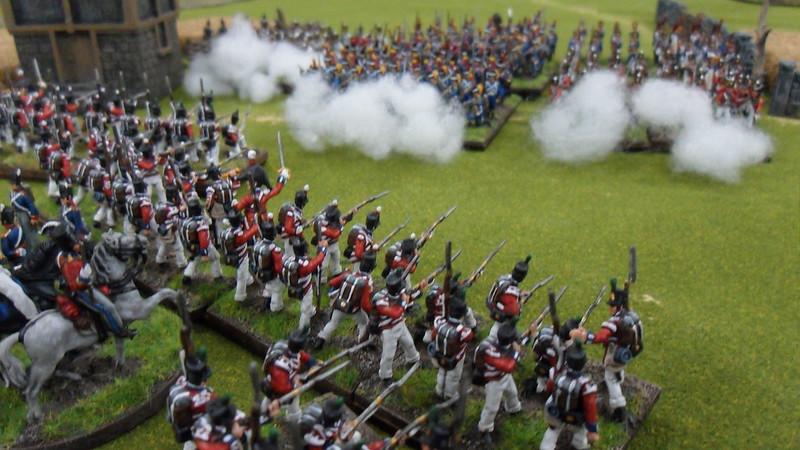 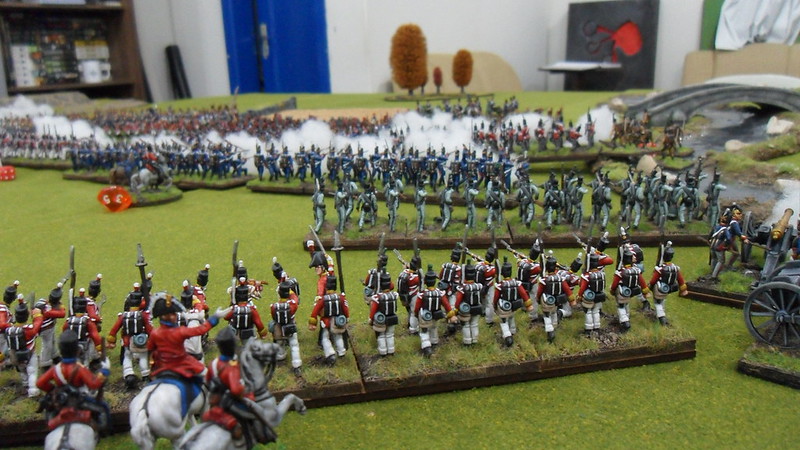 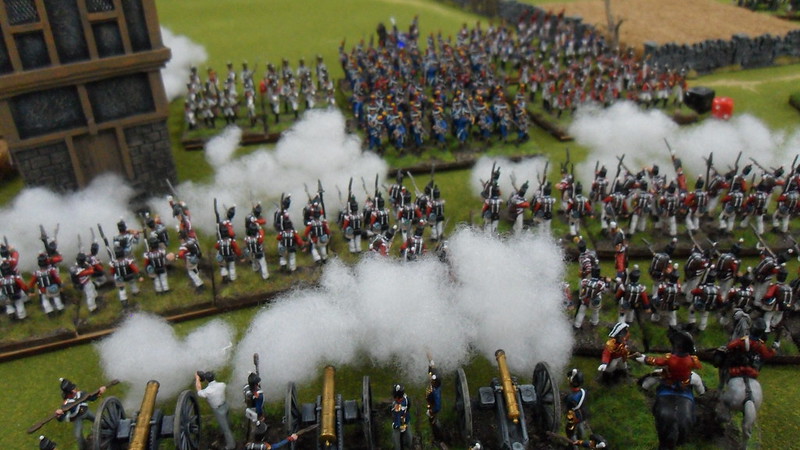 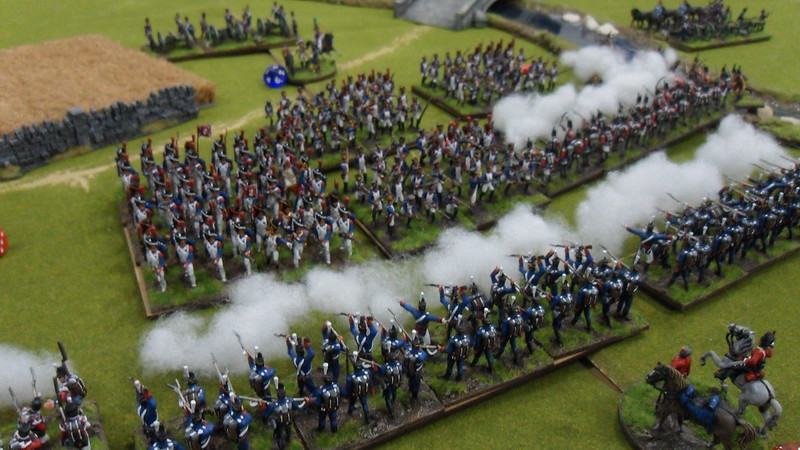 Once the spanish line breaks, the french columns continue pushing forward and put the portuguese regiments to flight as well. Now, the british centre brigade is broken, and things start to look grim to the allies. 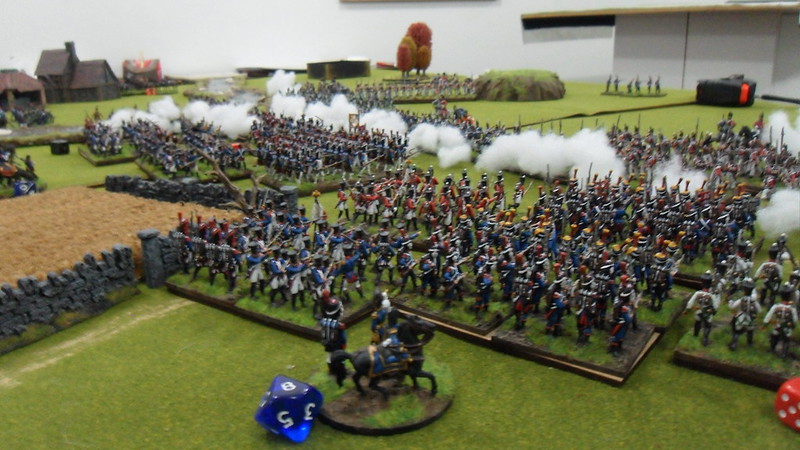 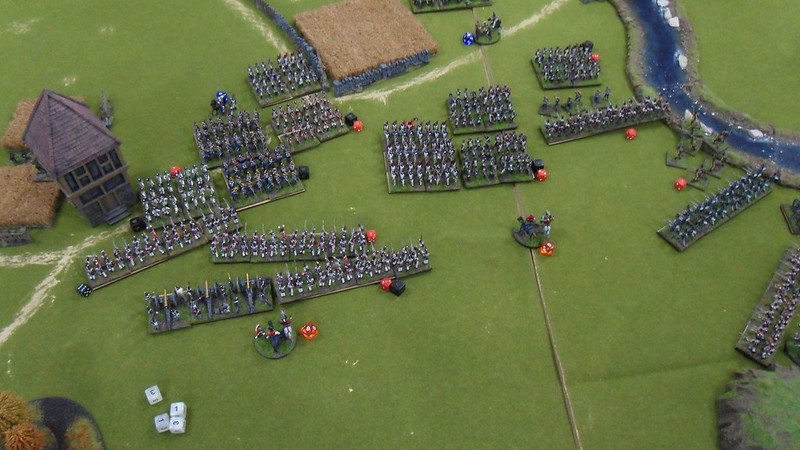 The british brigade on the left flank is holding the french columns over there, but with the centre of the field now in the hands of Napoleon, both flanks are at risk of being outmaneuvered. At this point, we had to call it a day, as we both had to go. Although technically still indefinite, the outcome of the battle would most probably turn in favour of the french, had we had the time to play out a couple more turns.